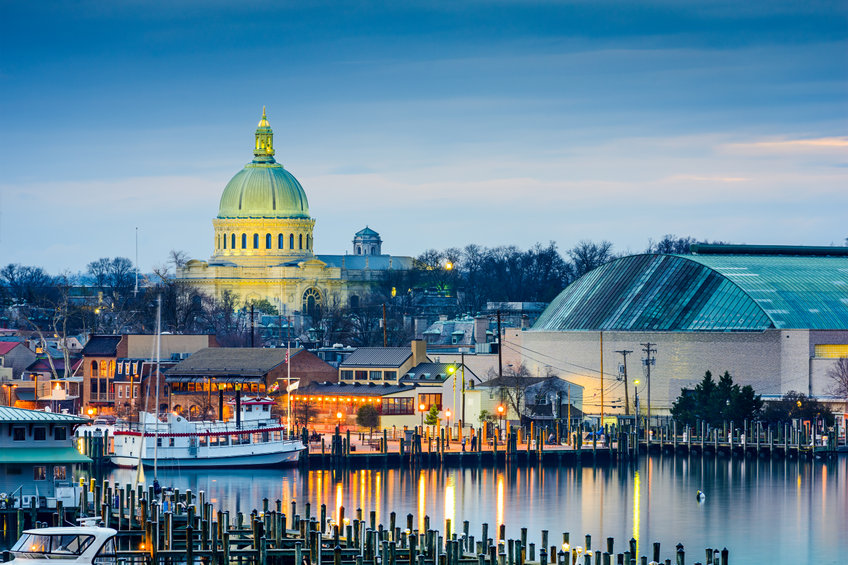 Maryland is a Mid-Atlantic state that’s defined by its abundant waterways and coastlines on the Chesapeake Bay and Atlantic Ocean. Its largest city, Baltimore, has a long history as a major seaport. Fort McHenry, birthplace of the U.S. national anthem, sits at the mouth of Baltimore’s Inner Harbor, home to the National Aquarium and Maryland Science Center.

Maryland’s early settlements and population centers clustered around rivers and other waterways that empty into the Chesapeake Bay. Its economy was heavily plantation-based and centered mostly on the cultivation of tobacco. Great Britain’s need for cheap labor led to a rapid expansion of indentured servants, penal labor, and African slaves. In 1760, Maryland’s current boundaries took form following the settlement of a long-running border dispute with Pennsylvania. Maryland was an active participant in the events leading up to the American Revolution, and by 1776, its delegates signed the Declaration of Independence. Many of its citizens subsequently played key political and military roles in the war. In 1790, the state ceded land for the establishment of the U.S. capital of Washington, D.C.

For a state its size, Maryland also offers tourists a wide variety of natural attractions, from the long beaches of its Eastern Shore to the heavily forested hills of its western counties. The Appalachian Mountains cross in the west, and state parks protect waterfalls, lakes, and plenty of walking and hiking trails.

We offer CEU Distance Learning for Respiratory Therapists & Sleep Technologists in all counties of Maryland including the following: