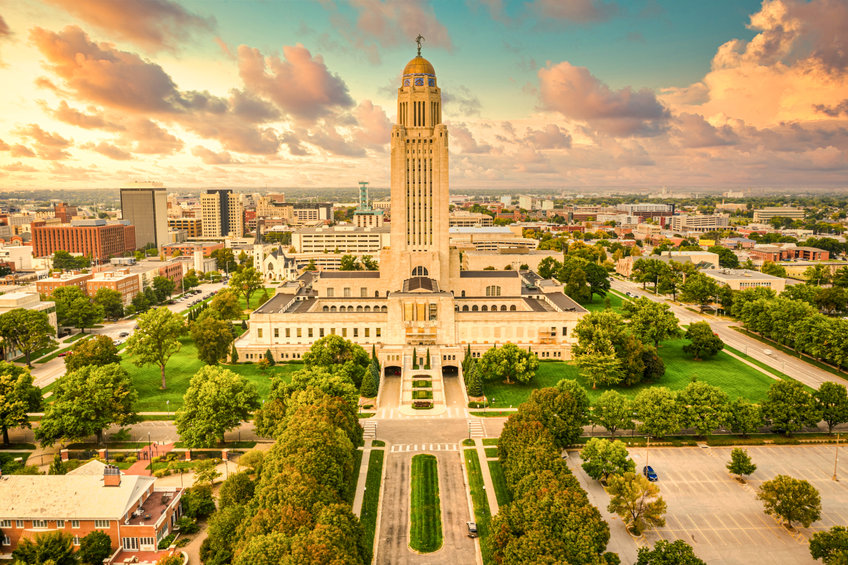 Nebraska is a midwestern U.S. state encompassing the prairies of the Great Plains, the towering dunes of the Sandhills and the panhandle’s dramatic rock formations. Lincoln, the capital and a vibrant university town, is distinguished by its soaring state capitol. The city of Omaha is home to the Durham Museum, which honors the state’s pioneering past in a converted railroad depot.

Indigenous peoples, including Omaha, Missouria, Ponca, Pawnee, Otoe, and various branches of the Lakota (Sioux) tribes, lived in the region for thousands of years before European exploration. The state is crossed by many historic trails, including that of the Lewis and Clark Expedition.

Omaha is home to Berkshire Hathaway, whose chief executive officer (CEO), Warren Buffett, was ranked in March 2009 by Forbes magazine as the second-richest person in the world. The city is also home to Mutual of Omaha, InfoUSA, TD Ameritrade, West Corporation, Valmont Industries, Woodmen of the World, Kiewit Corporation, Union Pacific Railroad, and Gallup. Ameritas Life Insurance Corp., Nelnet, Sandhills Publishing Company, Duncan Aviation, and Hudl are based in Lincoln. The Buckle is based in Kearney. Sidney is the national headquarters for Cabela’s, a specialty retailer of outdoor goods now owned by Bass Pro Shops. Grand Island is the headquarters of Hornady, a manufacturer of ammunition.

Often overlooked as a travel destination, Nebraska is a state of warm-hearted people, interesting natural attractions, and inviting cities. Lincoln, the state capitol, and Omaha are the two main population centers. Each of these are worth a visit, with old historic areas to wander through and vibrant cultural scenes to enjoy. The Nebraska landscape also holds some unique sights for those who take the time to explore it, from Chimney Rock to the beautiful scenery of the Sandhills.

We offer CEU Distance Learning for Respiratory Therapists & Sleep Technologists in all counties of Nebraska including the following: