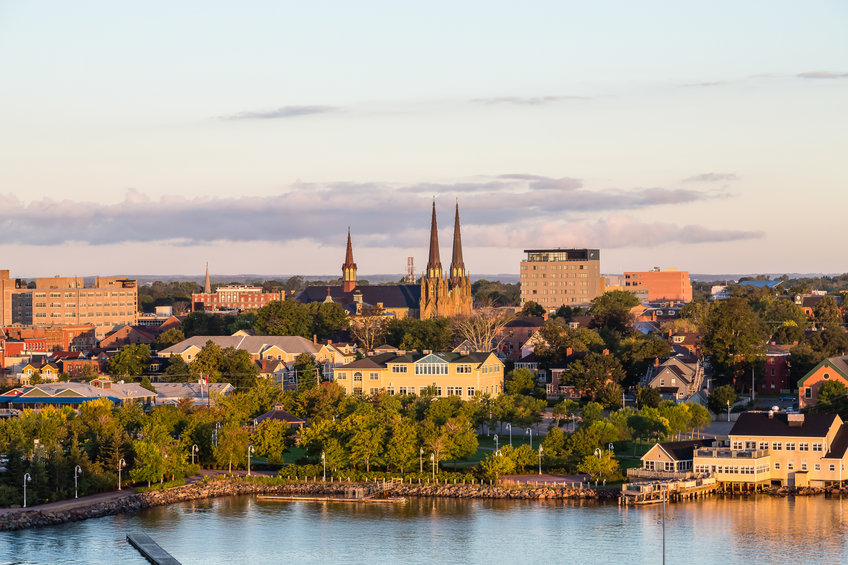 Prince Edward Island is one of eastern Canada’s maritime provinces, off New Brunswick and Nova Scotia in the Gulf of St. Lawrence. The large island is marked by red-sand beaches, lighthouses, and fertile farmland, and is renowned for seafood like lobster and mussels. Charlottetown, the capital, is home to Victorian government buildings & the modern Confederation Centre of the Arts, with a theatre and art galleries.

Part of the traditional lands of the Miꞌkmaq, it was colonized by the French in 1604 as part of the colony of Acadia. The island was ceded to the British at the conclusion of the French and Indian War in 1763 and became part of the colony of Nova Scotia, and in 1769 the island became its own British colony. Prince Edward Island hosted the Charlottetown Conference in 1864 to discuss a union of the Maritime provinces; however, the conference became the first in a series of meetings which led to Canadian Confederation in 1867. Prince Edward Island initially balked at Confederation but, facing bankruptcy from the Land Question and construction of a railroad, joined as Canada’s seventh province in 1873.

According to Statistics Canada, the province of Prince Edward Island had 158,717 residents in 2019.The backbone of the island economy is farming; it produces 25% of Canada’s potatoes. Other important industries include the fisheries, tourism, aerospace, bio-science, IT, and renewable energy. As Prince Edward Island is one of Canada’s older settlements, its population still reflects some of the earliest settlers, with Canadian, Scottish, Irish, and English surnames being dominant.

Tourist Attractions:  The rural charms of a rolling green patchwork of farms paired with a coastline of sandy beaches and wildly eroded cliffs studded with lighthouses is a hard combination for tourists to resist. Add attractions like the home and setting for one of the most beloved characters in children’s literature, a seaside National Park, and a bicycling trail from one tip of the island to the other and Prince Edward Island (PEI for short) has rewarding things to do for every type of tourist.