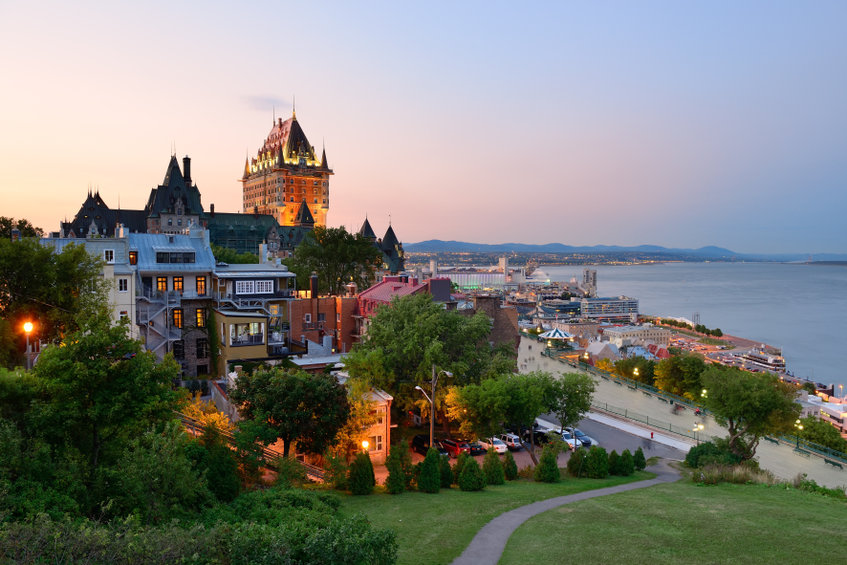 Québec is a predominantly French-speaking province in eastern Canada with 2 vibrant cities in its south, connected by the Chemin du Roy highway along the Saint Lawrence River. The metropolis Montréal is named after Mt. Royal, the triple-peaked hill at its heart. Dating to 1608, Québec City retains its old colonial core, Place Royale, and historic harbor, Vieux Port, now known for nightlife.

Much of the population live in urban areas along the St. Lawrence River, between the most populous city, Montreal, and the province’s capital city, Quebec City. Quebec is the home of the Québécois, recognized as a nation by both the provincial and federal governments. Located in Central Canada, the province shares land borders with Ontario to the west, Newfoundland and Labrador to the northeast, New Brunswick to the southeast, and a coastal border with Nunavut; it also borders the U.S. states of Maine, New Hampshire, Vermont, and New York to the south.

Tourist Attractions:  A vast province that makes up about one-sixth of Canada, Québec covers diverse landscapes – from historic cities to isolated Arctic tundra.

For specific licensure information for your province, please check the links below.
OPICRCPS – CHWNNational Alliance of RT Regulatory BodiesCanadian Society of Respiratory TherapistsQuebec Guidelines for RTs