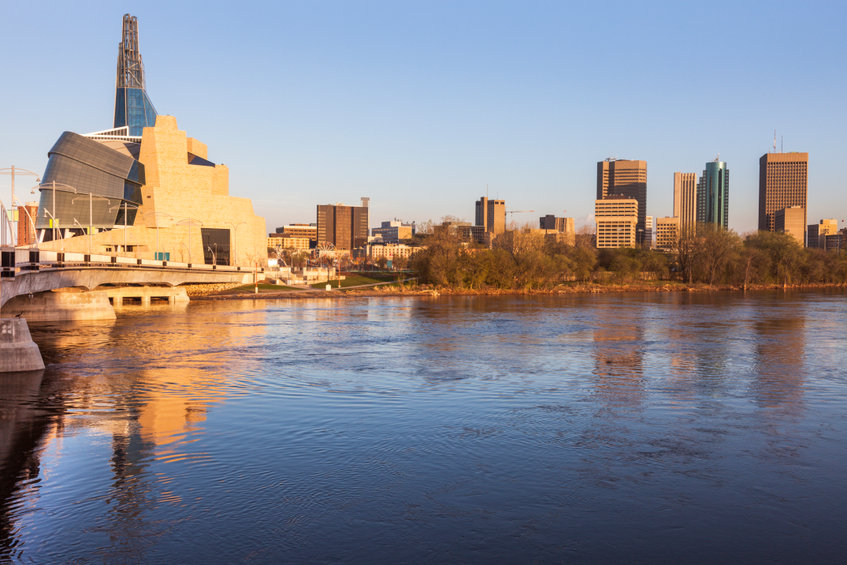 Manitoba is a Canadian province bordered by Ontario to the east and Saskatchewan to the west. Its landscape of lakes and rivers, mountains, forests and prairies stretches from northern Arctic tundra to Hudson Bay in the east and southern farmland. Much wilderness is protected in more than 80 provincial parks, where hiking, biking, canoeing, camping and fishing are all popular.

Manitoba’s capital and largest city is Winnipeg, the seventh most populous municipality in Canada. Winnipeg is the seat of government, home to the Legislative Assembly of Manitoba and the Provincial Court. Four of the province’s five universities, all four of its professional sports teams, and most of its cultural activities (including Festival du Voyageur and Folklorama) are located in Winnipeg. The city has train and bus stations and an international airport; a Canadian Forces base operates from the airport and is the regional headquarters of the North American Aerospace Defense Command.

Tourist Attractions: Manitoba boasts a mix of landscapes, in-depth history, diverse communities and four distinct seasons. Add those all together and Canada’s central province promises a range of exciting experiences, activities and things to do.

The Registered Respiratory Therapy Act, outlined in the RRT Regulations, prescribes that a Registered Respiratory Therapist must achieve a minimum of 24 hours towards CCP in each audit year with 48 hours being the recommended amount for which to strive.   A therapist must practice a minimum of 720 hours in the four year period immediately before the registration year for which renewal is sought.

For specific licensure information for your province, please check the links below.
MARRTUniversity of Manitoba for RRTsManitoba Laws for RRTsCanadian Society of Respiratory Therapists