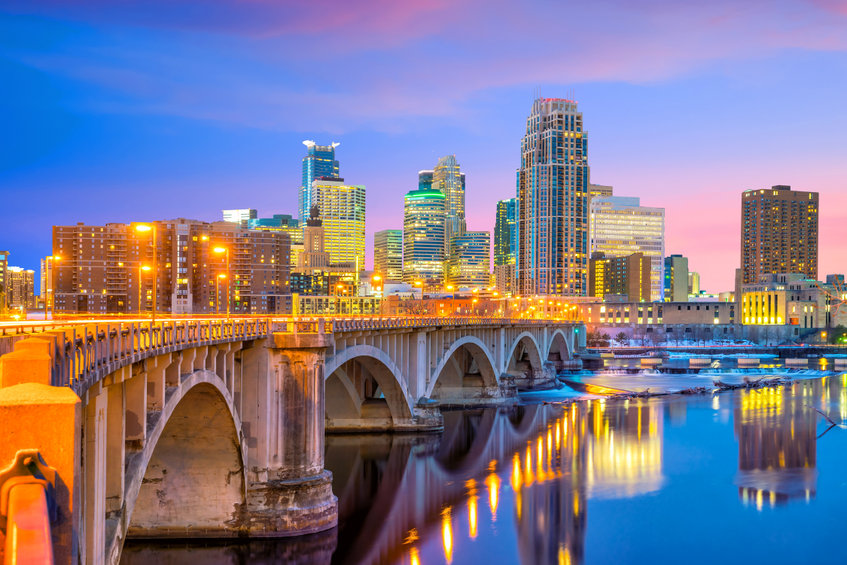 Minnesota is a midwestern U.S. state bordering Canada and Lake Superior, the largest of the Great Lakes. The state contains more than 10,000 other lakes, including Lake Itasca, the Mississippi River’s primary source. The “Twin Cities” of Minneapolis and state capital Saint Paul are dense with cultural landmarks like the Science Museum of Minnesota and the Walker Art Center, a modern art museum.

Since the late 20th century, Minnesota’s economy has diversified significantly, shifting from traditional industries such as agriculture and resource extraction to services, finance, and health care; it is consequently one of the richest in terms of GDP and per capita income. The state is home to 11 federally recognized Native American reservations (seven Ojibwe, four Dakota), and remains a center of Scandinavian and German cultures with an influence of Lutheranism. In recent decades, Minnesota has become increasingly multicultural, driven by both greater domestic migration and immigration from Latin America, Asia, the Horn of Africa, and the Middle East; it has the nation’s largest population of Somali Americans and second largest Hmong population.

Minnesota’s standard of living and level of education are among the highest in the U.S., and it is ranked among the best states in metrics such as employment, median income, safety, and governance.

Whether it’s wandering down the hiking trails, paddling the waterways, gliding down the ski hills, or shopping at Mall of America, Minnesota is more than a land of 10,000 lakes, it’s a state with unlimited things to do. Discover more places to visit with our list of top tourist attractions.

We offer CEU Distance Learning for Respiratory Therapists & Sleep Technologists in all counties of Miinnesota including the following: