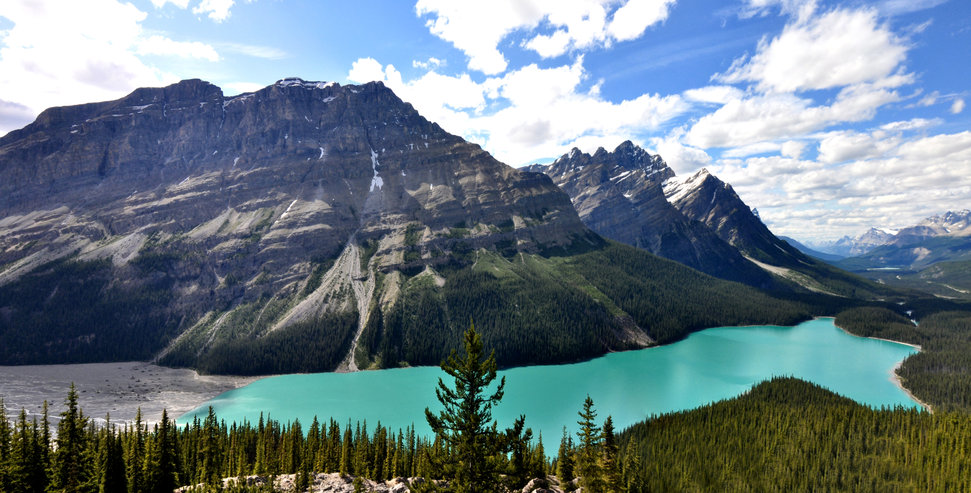 The Northwest Territories of Canada include the regions of Dehcho, North Slave, Sahtu, South Slave and Inuvik. Their remote landscape encompasses forest, mountains, Arctic tundra and islands in the Canadian Arctic Archipelago. Dehcho’s Nahanni National Park Reserve centers around the canyons of the South Nahanni River and 90m-high Virginia Falls. The regional capital, Yellowknife, is on the north shore of Great Slave Lake.

The Northwest Territories (abbreviated NT or NWT; French: Territoires du Nord-Ouest, formerly North-Western Territory and North-West Territories and namely shortened as Northwest Territory) is a federal territory of Canada. At a land area of approximately 1,144,000 km (442,000 sq mi) and a 2016 census population of 41,790, it is the second-largest and the most populous of the three territories in Northern Canada. Its estimated population as of 2021 is 45,515. Yellowknife is the capital, most populous community, and only city in the territory; its population was 19,569 as of the 2016 census. It became the territorial capital in 1967, following recommendations by the Carrothers Commission.

American Indians (First Nations) make up more than one-third of the territorial population and include the Dene and the Métis. Concentrated in the Mackenzie valley area, the Dene belong to several tribes, all part of the Athabaskan language family. Constituting about one-tenth of the population, the Inuit (the aboriginal Arctic people of Canada, called Eskimo in the United States) are found mainly in the northern coastal portions of the territories.

During the short summer, which lasts only a few weeks, the region bursts into a frenetic growth spurt with plants and animals (and humans) making the most of every warm day. Fortunately, this undertaking of doing as much as you can in the shortest period of time is aided by the fact that the sun barely sets. These extra long days have given the region its nickname, the “land of the midnight sun.” Conversely, in winter it remains dark virtually around the clock, the so-called “polar night.” Winter temperatures of -30 degrees Celsius are recorded in virtually all parts of the territories for days and sometimes weeks on end.

*Northwest Territories is a non-regulated territory.