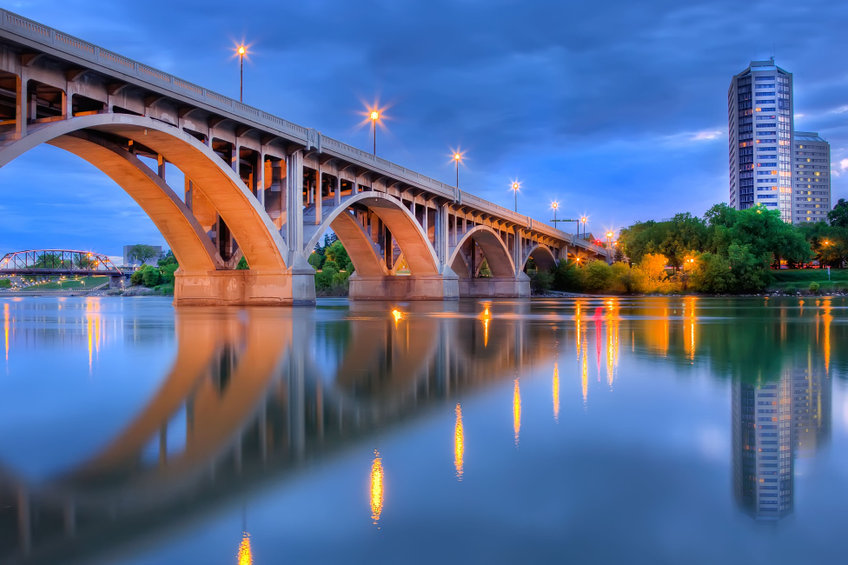 Saskatchewan is a Canadian province that borders the United States to the south. Grassland covers its southern plains, and to the north are the rugged rock of the Canadian Shield plateau, coniferous forests, rivers and lakes. Regina, the provincial capital, is home to the Royal Saskatchewan Museum, with exhibits on natural history and the people of Canada’s First Nations.

Nearly 10% of Saskatchewan’s total area of 651,900 square kilometres (251,700 sq mi) is fresh water, which is composed mostly of rivers, reservoirs, and the province’s 100,000 lakes. The absence of nearby moderating bodies of water render severe winters throughout the province, as a result of Saskatchewan’s continental climate. Southern areas have very warm or hot summers. In winter, temperatures below −45 °C (−49 °F) are possible even in the south during extreme cold snaps.

Saskatchewan has been inhabited for thousands of years by various indigenous groups. In 1992, the federal and provincial governments signed a historic land claim agreement with First Nations in Saskatchewan. The First Nations received compensation and were permitted to buy land on the open market for the bands; they have acquired about 3,079 square kilometres (761,000 acres; 1,189 sq mi), now reserve lands. Some First Nations have used their settlement to invest in urban areas, including Regina and Saskatoon.

Tourist Attractions: Saskatchewan sometimes gets a bad rap for being flat and boring, but that’s not a fair assessment. Scratch the surface a bit, and you’ll find a province with over 100,000 lakes, boreal forests, fast flowing rivers, and endless recreational opportunities. One little known fact is that Saskatchewan is Canada’s sunniest province; perhaps that’s why it has such a friendly population.