COPD in the World Today (Webinars)

You are here:
Respiratory Therapy News 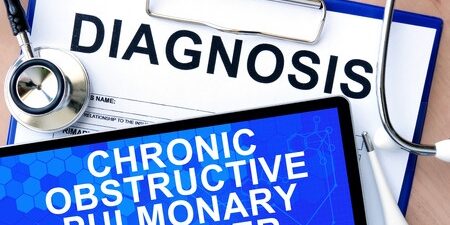 Chronic Obstructive Pulmonary Disease (COPD) is not considered as one single disease but rather an umbrella term used to describe multiple chronic lung diseases. The more familiar terms of chronic bronchitis and emphysema are generally less used, and are now included within the broader COPD diagnosis.

“With COPD, your lungs do not work as well as they once did and you find it more and more difficult to breathe. As the disease progresses, your symptoms tend to get worse and more damage occurs in the lungs. This damage is permanent.” – COPDFoundation.org

How Prevalent is COPD?

According to the World Health Organization (WHO), 65 million people have moderate to severe chronic obstructive pulmonary disease (COPD) worldwide. More than 3 million people died of COPD in 2015, which corresponds to 5% of all deaths globally, and those estimates are thought to be considerably low, as most of the information available on COPD prevalence, morbidity and mortality comes from high-income countries. It is estimated that almost 90% of COPD deaths occur in low- and middle-income countries.

Recent stats from WHO:

Who is more susceptible to COPD – men or women?

COPD was once thought to be more common in men, but due to increased tobacco use among women in high-income countries the disease now affects men and women almost equally. Additionally, a higher risk of exposure to indoor air pollution (such as biomass fuel used for cooking and heating) in low-income countries may also be a causative factor in women.

How can Sleep Technologists and Respiratory Therapists learn more about COPD?

RespiratoryEdu.org (and our sister company Sleepedu.org) are dedicated to meeting the educational needs for professionals in the sleep medicine and respiratory care industries, thus we provide Approved Online Continuing Education for Respiratory Therapists & Sleep Technologists, that are currently approved by: the American Association for Respiratory Care (AARC), the American Society of Sleep Technologists (AAST), the Board of Polysomnographic Technicans (BRPT), and the Canadian Society Of Respiratory Therapists (CSRT).

We also have various webinars coming soon on the “COPD Initiative” in partnership with the Canadian Society of Respiratory Therapists (CSRT) and the California Society for Respiratory Care.

RespiratoryEdu.org has partnered with the Canadian Society of Respiratory Therapists (CSRT) to produce four webinars for 2018. The first two will discuss the Global Initiative for Chronic Obstructive Lung Disease (GOLD) Initiative.

GOLD “works with health care professionals and public health officials to raise awareness of Chronic Obstructive Pulmonary Disease (COPD) and to improve prevention and treatment of this lung disease for patients around the world.”

These two webinars will be presented by Mark Rasmus, MD with expert production talent provided by the CSRT. Dr. Rasmus specializes in adult and pediatric sleep medicine in Boise ID, is board certified in pediatrics, internal medicine, pulmonary medicine, critical care and sleep medicine, and serves as medical director of Idaho Sleep Health. He is a diplomate of the American Board of Pediatrics, a member of the American Academy of Sleep Medicine, the American College of Chest Physicians, the American College of Physicians and the Society of Critical Care Medicine.

These webinars are scheduled as follows:

The presentations will also be made available for the California Society for Respiratory Care, and incorporated into the RespiratoryEdu.org library on their web site as post-production offerings.

What is a Respiratory Therapist? And Why So Needed?
November 11, 2020

The Respiratory Therapist – Today More Than Ever
May 11, 2020
Go to Top