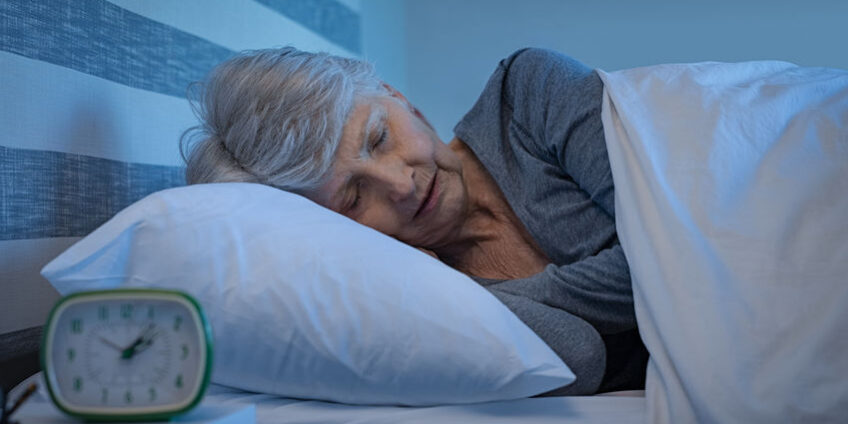 According to a January 2021 study[i] published in the Journal of the American College of Cardiology, people who sleep less than six hours a night may be at increased risk of cardiovascular disease compared with those who sleep between seven and eight hours. The study concluded that poor quality sleep increases the risk of atherosclerosis. “Cardiovascular disease is a major global problem, and we are preventing and treating it using several approaches, including pharmaceuticals, physical activity and diet. But this study emphasizes we have to include sleep as one of the weapons we use to fight heart disease — a factor we are compromising every day,” said senior study author José M. Ordovás, PhD, researcher at the Centro Nacional de Investigaciones Cardiovasculares Carlos III (CNIC) in Madrid and director of nutrition and genomics at the Jean Mayer USDA Human Nutrition Research Center on Aging at Tufts University. “This is the first study to show that objectively measured sleep is independently associated with atherosclerosis throughout the body, not just in the heart.” Ordovás stated that “previous studies have shown that lack of sleep raises the risk of cardiovascular disease by increasing heart disease risk factors such as glucose levels, blood pressure, inflammation and obesity.”

The Ordovás  study included 3,974 bank employees in Spain from the PESA CNIC- Santander Study, led by JACC editor-in-chief Valentin Fuster, MD, PhD, which uses imaging techniques to detect the prevalence and rate of progression of subclinical vascular lesions in a population with an average age of 46 years. All participants were without known heart disease and two-thirds were men. All participants wore an actigraph for seven days to measure their sleep. They were divided into four groups: those who slept less than six hours, those who slept six to seven hours, those who slept seven to eight hours and those who slept more than eight hours. The participants underwent 3D heart ultrasound and cardiac CT scans to look for heart disease.

The study found that when traditional risk factors for heart disease were considered, participants who slept less than six hours were 27 percent more likely to have atherosclerosis throughout the body compared with those who slept seven to eight hours. Similarly, those who had a poor quality of sleep were 34 percent more likely to have atherosclerosis compared with those who had a good quality of sleep. Quality of sleep was defined by how often a person woke during the night, and the frequency of movements during the sleep which reflect the sleep phases.

The study also suggested sleeping more than eight hours a night may be associated with an increase in atherosclerosis. While the number of participants who slept more than eight hours was small, the study found women who slept more than eight hours a night had an increased risk of atherosclerosis. Data indicated that alcohol and caffeine consumption were higher in participants with short and disrupted sleep, the study found. “Many people think alcohol is a good inducer of sleep, but there’s a rebound effect,” Ordovás said. “If you drink alcohol, you may wake up after a short period of sleep and have a hard time getting back to sleep. And if you do get back to sleep, it’s often a poor-quality sleep.”

The potentially enormous impact of sleep deprivation and disruption on population health, reinforced by the study, is ample justification for such trials, which are needed to place sleep with confidence alongside diet and exercise as a key pillar of a healthy lifestyle.