Sexual Harassment in the Medical Community 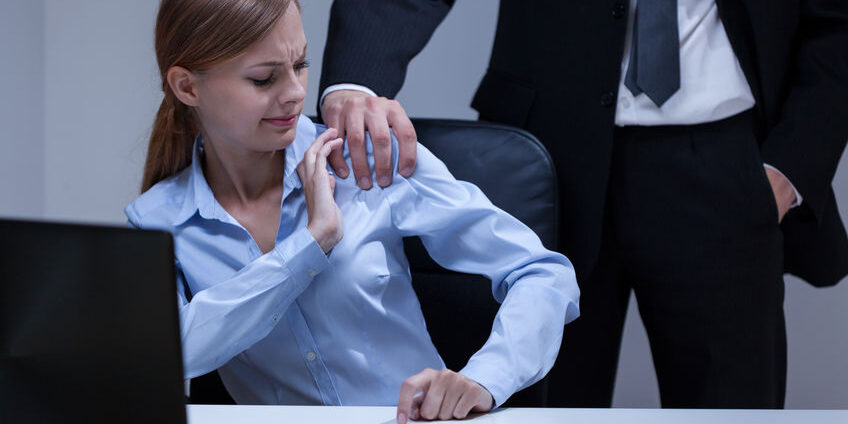 “A recent study found that more than half of all American women—54% have experienced “unwanted and inappropriate sexual advances” at some point in their lives. 30% experienced it from male colleagues; 25% from men who could sway their careers.” – ABC News-Washington Post poll

You cannot read the news on television, print or online without seeing a new accuser of sexual harassment or sexual assault. In fact, the most famous named accusers of sexual harassment in Hollywood were the top searches in Google in 2017.  Although the #metoo movement has been in the spotlight in the past few weeks, sexual harassment is not new but has pervaded our society with all of it’s negative connotations for generations, and the consequences have been suffered mostly in silence until now.  This is not a Hollywood issue, nor a political issue, but happens from low-income positions to professional careers and even in the medical community.

“The fields with the highest level of reported sexual harassment: 42%  in food/service hospitality; 36% in retail; 31% in STEM, 31% in arts and entertainment, and 30% in legal fields.” – Cosmopolitan.com poll

Here are some sobering statistics of sexual harassment in the medical field:

A study published in the journal JAMA “finds that 30% of successful female doctors say they’ve been sexually harassed.” The female doctor who conducted the study said, “Reporters often ask me whether medicine is any different in this way from other fields. Some expect it to be better, given the compassion and altruistic impulses that lead people to pursue medicine. Others expect it to be worse, given the history of male domination and a hierarchical structure with strong power differentials, factors correlated with the incidence of workplace sexual harassment.” (Sexual Harassment in Medicine — #MeToo by Reshma Jagsi, M.D)

“Among the women who reported sexual harassment, nearly 60% said it had a negative effect on their confidence in themselves as professionals and close to 50% said the experiences negatively impacted their career advancement.”- Time Health

How is Sexual Harassment defined by law?

Sexual harassment is a form of sex discrimination that violates Title VII of the Civil Rights Act of 1964, and is so common in the workplace today that often people fail to recognize the behavior as offensive. Sexual harassment in any form is unacceptable and must not be tolerated by individuals OR by organizations. The U.S. and Canadian definitions of sexual harassment are found in national laws and are closely tied to the type of remedy available to a victim of this form of violence.

Despite both national and international efforts to eliminate sexual harassment, there is no single definition of what constitutes prohibited behavior.  Internationally, sexual harassment is more broadly viewed as a form of violence against women, and is termed as discriminatory treatment rather than illegal. North Americans view sexual harassment as illegal behavior against either sex, and enforce laws to minimize the conduct and punish the offenders – whether they be individual, corporate or both.

In the United States:

Surprisingly, the U.S. federal courts did not recognize sexual harassment as a form of sex discrimination until the 1970s. Prior to the ‘70’s, the issue was perceived as isolated and anecdotal incidents of flirtation. Today, courts and employers generally use the definition of sexual harassment contained in the guidelines of the U.S. Equal Employment Opportunity Commission (EEOC). This language has also formed the basis for most state laws prohibiting sexual harassment. These federal guidelines state:

In Canada, all labor issues are within the jurisdiction of the provinces, and each territory or province administers its own human rights law.  All Canadian human rights acts written at the provincial level prohibit discrimination in employment on the basis of sex.  The Canadian Human Rights Act does not precisely define sexual harassment, but the Canadian Labor Code defines it explicitly as “any conduct, comment, gesture or contact of a sexual nature that:

The U.S. and Canadian definitions of sexual harassment are found in national laws and are closely tied to the type of remedy available to a victim of this form of violence.

How can we learn how to treat others with Dignity & Respect?

Regardless of gender, sensitivity to the dignity of members of the opposite sex is an attribute to which we all should strive – and strictly enforced laws and regulations mandate the dignity of those relationships.  Prevention and resolution of harassment can only be found in educating and reeducating the workforce, so they understand what is acceptable and what is not as well as a policy for communication, disciplinary protocols and an action plan of protection and support for those who’ve been harassed.  SleepEdu.org provides online affordable training for Sleep Technicians and Respiratory Therapists that is approved by AARC, CSRT and AAST with their online credit (CEU) course, “Sexual Harassment – Treating Each Other with Dignity and Respect“.

What is a Respiratory Therapist? And Why So Needed?
November 11, 2020
Search this Site
Distance Learning
Latest Articles
Sign up for Newsletters